We had a couple weekends of cabin adventures in May.

Paul got a new rider lawn mower for up at the cabin.  It has a trailer that is just Peter sized.  He loves to tell Paul to sit on the seat and ask for rides. 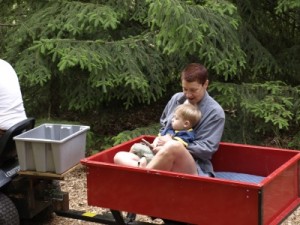 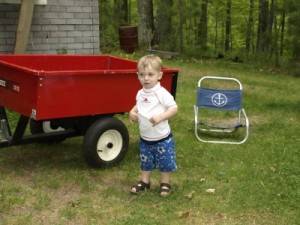 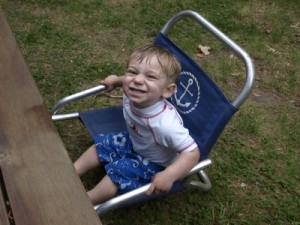 Peter got a sweet new camo hat.  I know he’s hard to see in the picture but that is in fact Peter 🙂 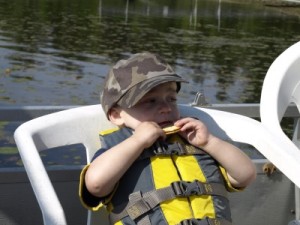 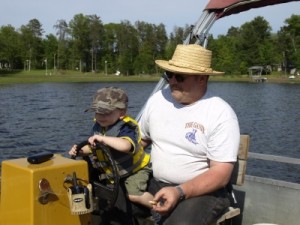 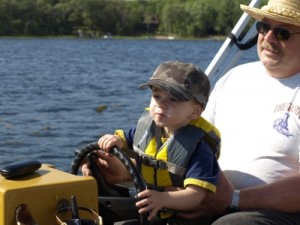 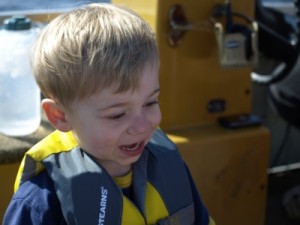 The next weekend Zoey got a little brave in the morning so the rope got pulled out.  It’s kind of funny though because most of the time you don’t even need to tie the rope to anything.  She just knows she’s in trouble and behaves.  Peter thought it was a toy for him though. 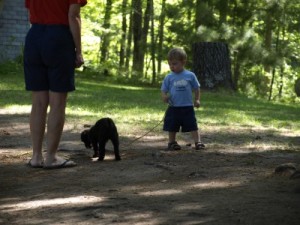 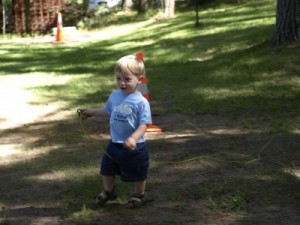 Peter was a very busy boy that weekend.  It was extra special because not only were Donna and Pop Pop there but Grandma and YaYa too.  Oh, and Unkie and Uncle Drew too.  There were so many people to play with that he forgot to sleep!  He had a little bit of a crash on the boat but then the lure of water was too strong, for a little while. 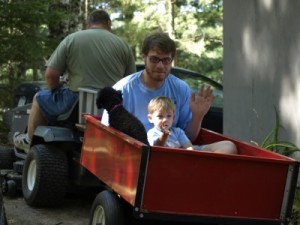 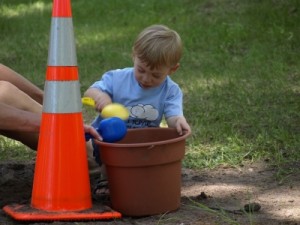 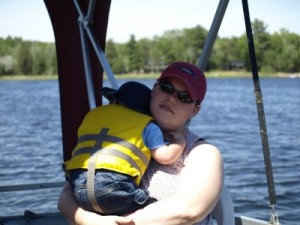 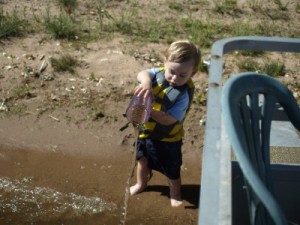 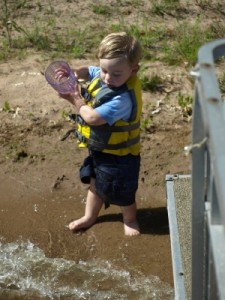 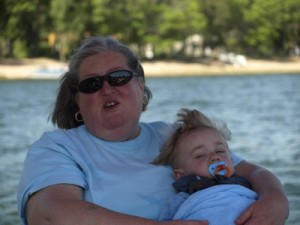 The other guest at the cabin that weekend was a momma turtle.  She worked her way up the driveway and picked right in the middle to lay her eggs in the sand.  It took her a long while to lay them and then bury them.  She wasn’t a fan of everyone watching but she kept working hard to finish her task.  Then she quickly walked to the lake.  I was amazed at how big she was and how long her legs were.  Zoey was brave and even sniffed her butt once she was almost to the lake.  The one time Zoey actually acts like a dog and it’s with a turtle.  Go figure. 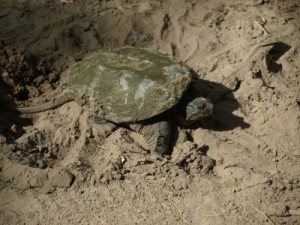 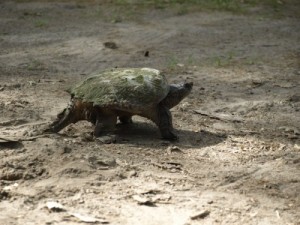 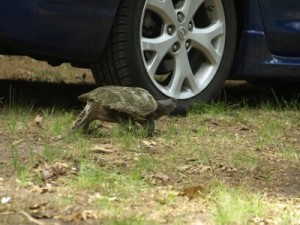 Very soon I will post some pictures from the big birthday party for my big 2 year old boy.  I can’t believe Peter is already 2!