When Annie and I arrived at the cabin, we were sure to inspect the new equipment.  Annie assured me she was thinking warm thoughts. 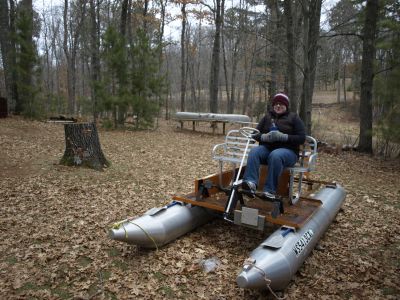 Sadly, we were not yet able to launch the craft.  The lake still had a bit too much ice on it.  Next time… 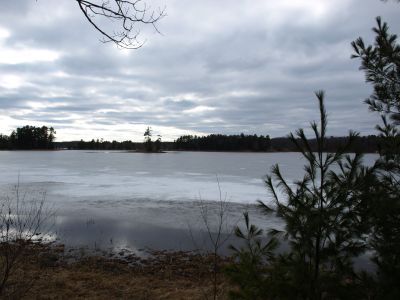 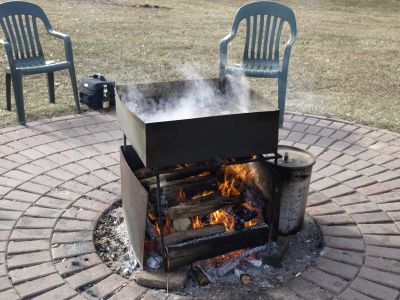 All of us were tasked with important jobs.  Evil, Annie and I were forced to determine if the beer would be of a high enough quality for the ensuing year – a chore we did not take lightly.  Donna got to stoke the fire. 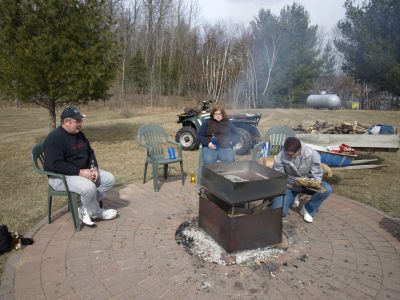 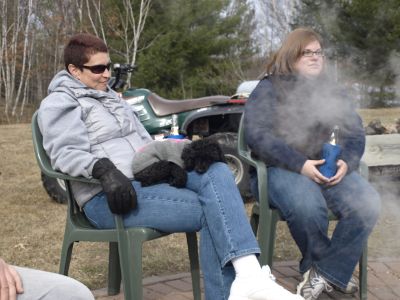 Unfortunately, Peter did not make the trip with us.  We thought it might be a bit chilly for him to be at the cabin at this time of year.  However, Jim and Sherry were nice enough to offer to watch him while we were away.

And next time, we’ll have pictures of the pontoon on the lake.  It’s going to be a fun year!

P.S. – After much discussion we came to the conclusion that the beer would be acceptable for consumption during the ensuing year.