So I’ve basically slept through April and well on my way through May.  It doesn’t bode well for posts and pictures, unfortunately.  I’ll try to do better.

Dustin and I went up to the cabin in early April.  It was COLD.  There was most certainly still giant ice flows on the lake but we got the boat launched and in the water. 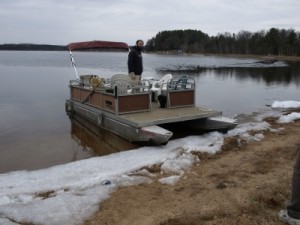 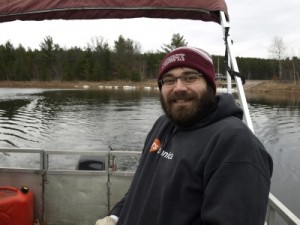 Peter and I hung out one afternoon and had some fun.  He is such a ham and says cheese for the camera.  I did manage to get one picture that wasn’t so cheesy.  That day Zoey got her haircut.  She looked and smelled so nice.  She wasn’t as big of a fan of the bows though.  Dustin didn’t like them either.  I did and that’s what matters. 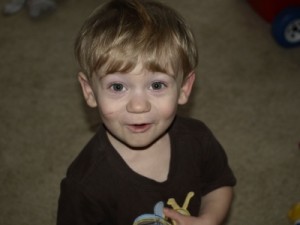 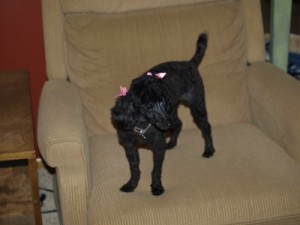 Bethy was an awesome friend and brought Peter and I to Under Water World at the Mall of America.  It was really cool to walk through the tube and see all of the giant things swimming all around us.  Of course, Peter was very serious for the whole trip.  He talked about sharks for a long time afterwards though so he must have liked it.  We made a stop to Lego Land afterwards.  On the way over we happened to pass Diego.  From afar Peter couldn’t be more excited.  He yelled Diego and was saying hello.  Once we got close it was a different story.  I guess this Diego was a little big.  Overall, it was a great day though. 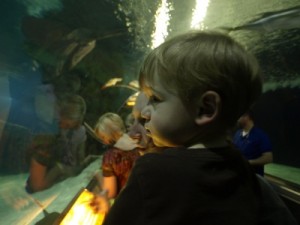 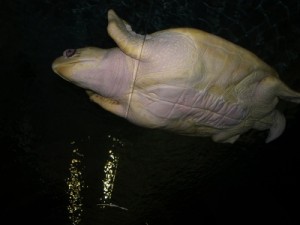 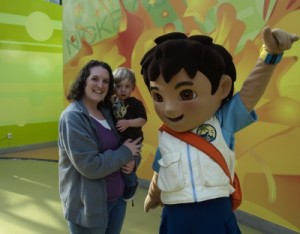 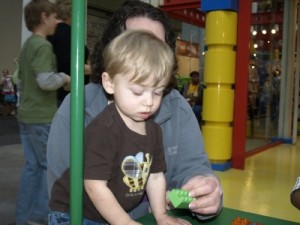 This year we spent Easter with the Bjostad family.  It was a really nice afternoon spent with the family.  Peter got a new big truck and drove it all day.  He even tried to drive it in the tree. 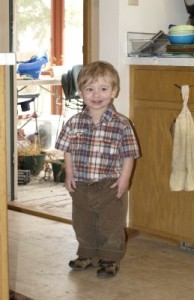 Peter got to go to the cabin too.  He and Dustin went up, along with Zoey of course.  From the stories and the pictures, it was still cold but Peter doesn’t ever seem to mind.  His first weekend he seem to remember everything right away from last year, including playing on the boat.  He now has figured out the joys of the throttle and going fast.  Oh, and if you’ll notice he’s wearing his sweet new life jacket in the second picture.  Grandma Sherry picked that out for him so he doesn’t have to be squashed into the other one.  He hasn’t quite figured out the new balance though and was a little top heavy.  He’ll get it. 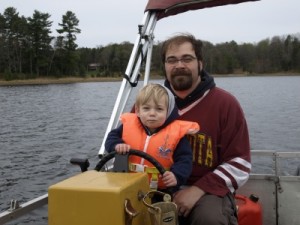 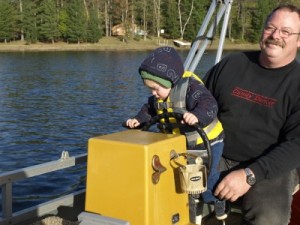 I would like to personally thank you for your prompt handling of the tree that was blocking Forest Street. The tree must not have been in the street for an hour when your crew showed up to clean up the mess – an impressive feat!
If I may make one tiny suggestion. In the future, please wait until daylight before starting the cleanup. The lights and chainsaws were a bit excessive at 3:30 this morning.