We went to pick out some pumpkins this morning.  I told them we were going on an adventure.  When we got there Tex didn’t want to get down until he realized we were going to actually pick one of the pumpkins.  They both ended up with a big pumpkin in their own wagons and had some fun.

Next challenge is to decorate them.  I’m sure those pictures will come soon. I have my postcard from Shared Solutions congratulating me on taking Copaxone for one year.  When I went through the mail pile and saw this, it made me have mixed emotions.  Of course there is a part of me that should celebrate because it’s been a year that I’ve been on top of MS and doing something proactive for my poor brain.  There is also the part that thinks, really, we’re celebrating the fact that I have swiss cheese for brains and have gotten to stab myself daily for a whole year now?  Woo hoo!

The thing is that I haven’t really been taking the medicine for a whole year yet.  You see I forgot to shoot up one day.  The next day I thought about it but put it off.  Then by the third day I had convinced myself that if I just don’t take the medicine, maybe I won’t have an issue.  I’ll just wish the MS away   (Yes I know that’s stupid logic but at the time it’s where I was.)  It was a few weeks that I went on just pretending life was great. 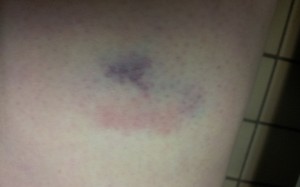 Walgreens Specialty is on the ball though.  They call each month to remind me that I need a new shipment of drugs.  I saw them call a few times.  I added a nice picture of one of my bruises to be their picture on my phone.  I knew it was them.  It’s hard to ignore after so many “missed” calls.  I finally answered and let them send me a new box.  I felt like I better actually restart taking it if I’m going to spend money getting new stuff.

That Monday morning when I started again, I picked my arm to poke.  The boys were still asleep and the medicine was sitting on the dresser mocking me.  I stopped what I was doing and got back on the horse.  I then went back to getting ready by taking a big sip of coffee.  I thought that my face felt a little funny but didn’t think a whole lot of it.  I went into the bathroom to brush my teeth and look in the mirror to see what was going on.  That’s when I noticed it was more than a little funny.  My face started to swell and get even more red than usual.  My chest hurt and I couldn’t breathe.  I stood there in the bathroom trying to figure out what to do as I wheezed and sputtered.  All I could think of was that I was going to die in the bathroom and I didn’t have pants on yet.  That’s how people would remember me, pantsless.  Thankfully a few minutes later things started to slowly get better.  I sat in a chair trying to process and figure out what I was supposed to do next.

The boys started to wake up and I could get air in again so I got up and kept going.  It wasn’t until I started to tell Dustin and the girls at work that I realized I should maybe go in and figure out what happened.  It was halfway through Monday and although I felt like crap, I was technically fine so I just made an appointment for the morning.  I guess when you mention not being able to breathe, they take that seriously and I got a panicked call that evening. 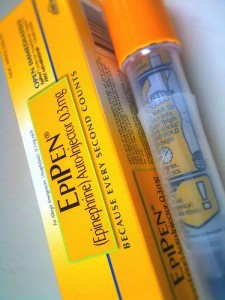 I survived all night though and went to my primary doctor bright and early in the morning.  After talking and looking things up, we decided it was most likely the Copaxone I was allergic to and she told me in no uncertain terms to not take it until I heard otherwise.  She was going to personally call the brain doc and figure this out.  Only a few hours later I got a message asking to call her back.  According the the brain doctor, I was fine and it was just something that happens.  My primary instructed me that I was not to take the medicine without someone present and ready with my new epipen just in case.  For some reason  this response just wasn’t good enough for me.  I wasn’t going to continue, for who knows how long, wondering if I’d tip over again because of the medicine meant to help.  I decided to just call the brain doc myself to make sure he understood the magnitude of what happened.

His response, “Oh, well I’m guessing your face was puffy but not grossly swollen.  And were you short of breath or completely couldn’t breathe?”  I guess he forgot to mention that there is a side effect to the medicine that can cause shortness of breath, puffy and red face, and anxiety.  He said I probably hit the vein in my arm and shot the medicine too fast.  After mainlining the drug, it had a little party inside.  Isn’t that awesome?  The medicine I’m stabbing myself with to try and help can also cause me to tip over.  I know every medicine commercial has a million possible side effects that all sound ridiculous but I guess you should actually pay attention to those.

We decided that I had to go into a health facility to restart taking the medicine.  That way if I truly was allergic, they would be able to prop me up to fix me quickly.  It took a little while to bite the bullet but I did it.  I shot my arm and am still standing.  The brain doc says that the chances of this happening again are likely but other drug options are even tougher to handle.  I don’t know if that is reassuring to not.  As for now I have decided that I have to do something.  I’m not going to just let my brain fall apart.  I’m going to keep stabbing myself and do my best to actually do it every day.  I’m also going to make sure I’m not home alone and that I know right where my pants are.  I won’t go down without them next time!

I’m excited that I’ve figured out how to share videos that I’ve taken on my phone.  I thought I’d share a few now since they are fun.

This one is from awhile ago

Banana is a really hard word

A little entertainment from my morning bus ride

It’s super fun to watch yourself in the camera

And he can dance tall

And it’s our tenth anniversary of the tavern tour. 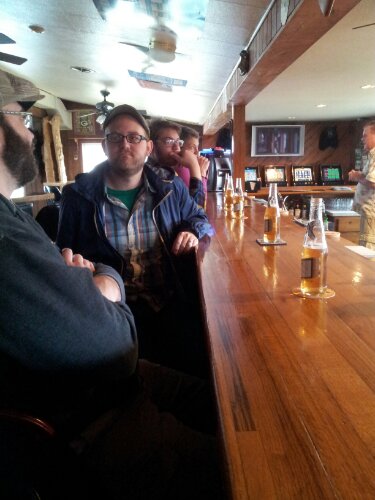 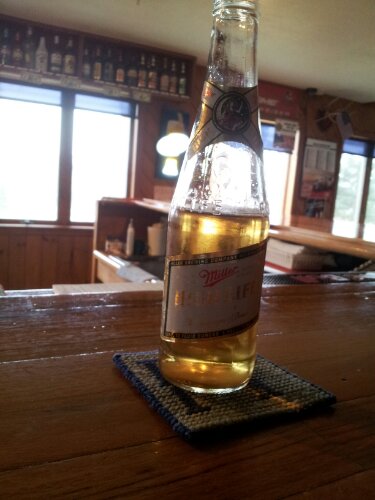