Thing One was so very proud to show us the “biggest dinosaur tooth” that he got! 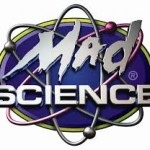 He’s starting his second round of Mad Science.  It’s once a week after school and it’s kind of awesome the things he gets to do and learn about.  In the fall the class was “Fantastic Forces.”  He made a bridge, learned about gravity, talked about electricity, and even brought home a talking stick.  This round is “Science Comes Alive.”  The first class was about dinosaurs.  He got to bring home a giant tooth that he couldn’t wait to get home and show everyone.  As we were driving home (the whole 2 minutes it takes) he whispered (even though it was just the two of us in the car) that it wasn’t really real.  It was a fake tooth that he got to paint brown with a cotton ball.  He has proceeded to dino-stomp around the house with his tooth. 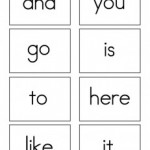 School is “the most boringest thing ever” so it’s awesome that we’ve found something for him to truly be excited about.  Now if only we could work on making homework more exciting too.  I’m still the meanest mom ever when it comes to making him write his numbers and read his site words.  I guess that’s my cross to bear. 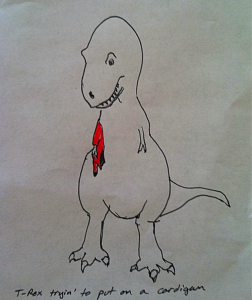 Thing Two on the other hand, is the most excited to go to his new class.  He can’t wait to drop his brother off at school so we can go “over da bridge and up da mountain” to find his class.  It has done him a world of good too.  Just the fact that it’s a change of face and a whole room of 3 year olds to herd, he has to be more independent.  If you listen to him, you’d think he was the most helpless thing in the world.  Clearly his arms and legs don’t work.  Now that he’s forced to do things on his own, it’s amazing that he actually can do it!  He actually told me not to help him put his coat on when we were ready to go home the other day.  I thought I had the wrong kid for a second.

This new class has also helped his diet.  At the center we serve the veggies first and then move on the the main course.  The fruit is always served last.  I have had a few conversations with his teacher and we both agreed that he has to take at least a bite of veggie before he can move on.  I guess his line is always that “it’s too hot.”  They laugh because he pulls that out even for cold foods.  It’s amazing how quick he takes a bite when everyone else gets the next thing but him.