Happy new year!  Our family has so much to be thankful for as we start 2011.  It’s so wonderful to be a family of four.  So far it has been really tough but so rewarding.

Everyone was very generous for Christmas this year.  Peter is the pro at opening wrapping paper and is having lots of fun with his loot.  One of the gifts he received is a tent with a tunnel.  It will be great this summer when we can set it up outside with more space.  We had to try it out though.  Amazingly, we got Peter to clean all his toys so he could have the tent up.  He thought it was such a fun hide out.  Even Thomas got in on the action.  He wasn’t as big of a fan. 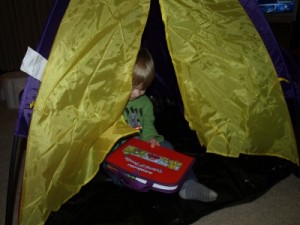 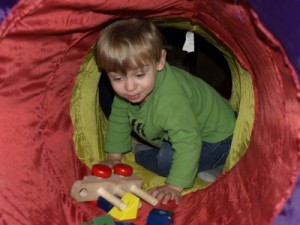 We decided to visit the zoo.  I had the bright idea of going on a Thursday so it wouldn’t be so crowded.  Apparently others had the same thoughts.  Also, it was raining and the zoo entrance is under construction.  After running through the rain, we got in and had a good time.  The warm tropic trail felt good.  We went on the monorail as well.  It was a fun way to see the outside animals while staying dry and seated. 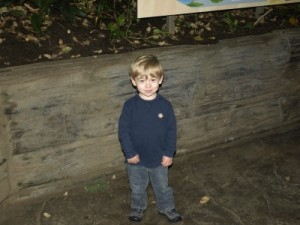 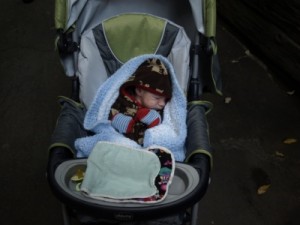 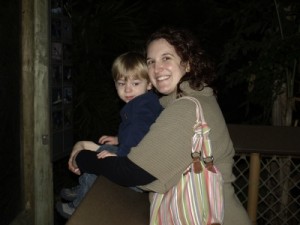 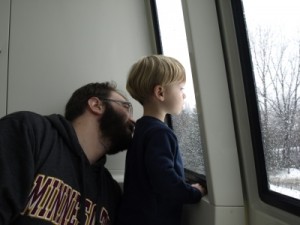 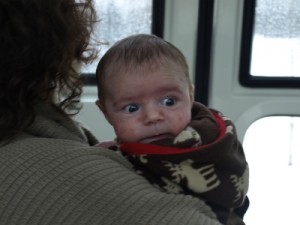 Dustin, Thomas and I went to Matt and Mandy’s house New Years Eve.  It was fun to get together with everyone.  Thomas slept, or tried to sleep, through most of the evening.  I think that was the latest I’ve stayed awake in forever!  Peter spent the night with Grandma and Ya Ya.  I don’t know that there is a time he doesn’t have fun while there.  The next day we all laid low and relaxed, but Peter really did it in style. 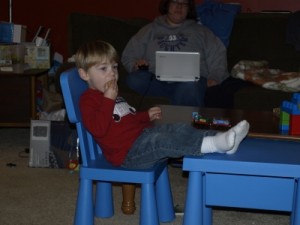 Our final Christmas gathering was at Donna and Pop Pop’s house.  There was lots of snow so we thought it would be a good idea to go early and send Peter outside.  He could play hard and enjoy the snow and then crash until the gathering started.  The plan worked and he had a great time.  Dustin convinced Denis to suit up and go out with Peter.  I’m pretty sure Dustin thought it meant he got out of freezing outside.  I made him go out anyway and take pictures. 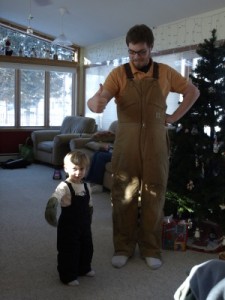 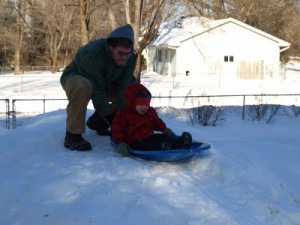 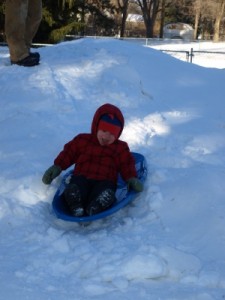 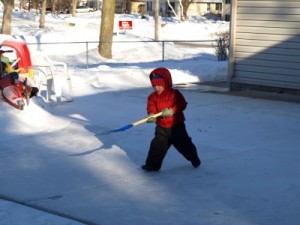 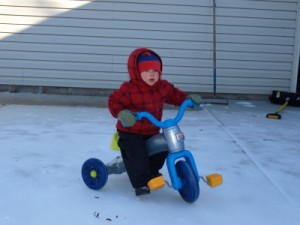 Peter took a nice nap and then when he woke up, the family was all there and ready to have some fun.  He helped Donna be Santa and pass out the gifts.  He was excited to find out what name was on each but way more excited to hear his name.  One of the toys he received was a truck with a drill to put it together and take it apart.  While the truck is awesome, the drill is great for lots of uses. 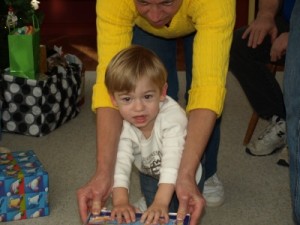 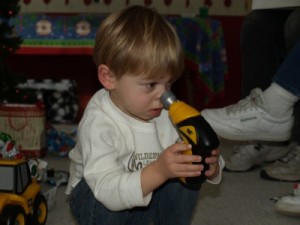 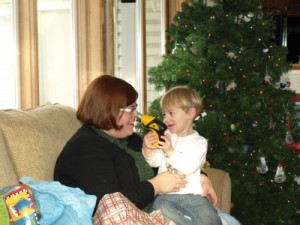 I thought I’d throw in a picture of Mr. T on the couch.  It was cold but after countless diaper changes, the pants just seemed like way too much work. 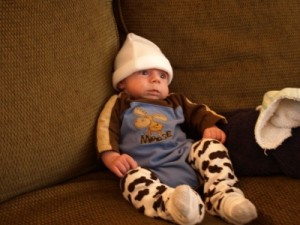 I was trying to take pictures of the boys and no one seemed to cooperate.  Thomas was crying so Peter thought he’d try to help by roaring him.  It didn’t help.  Then Peter found his measure and proceeded to measure things instead of putting his pants on.  Dustin thought he would give Peter some inspiration by putting said pants on Thomas.  Instead of getting Peter to want to get dressed, he thought it was hilarious and wanted me to take pictures.  So in the end I got some pictures but they weren’t what I had intended from the start.  Guess that’s how life goes now. 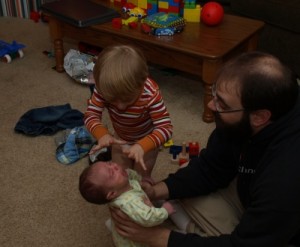 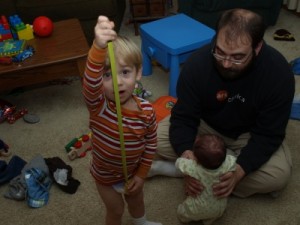 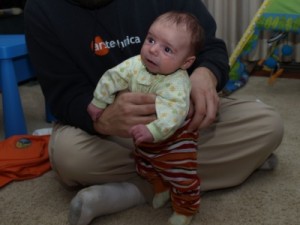 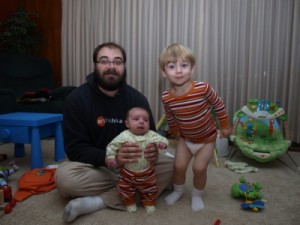 And finally, Thomas went in for his 2 month check up.  He is the chunker coming in at 11.7 pounds already.  He is healthy and doing well.  He wasn’t a fan of the shots though.