My little butterball baby is a 1st grader and that is amazing to me! I know everyone says how time seems to fly by but it doesn’t sink in until moments like these. 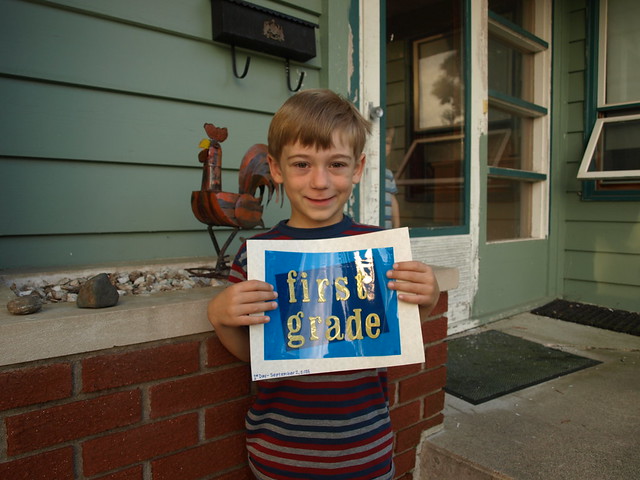 He was so very excited to get his stuff ready and go meet the teacher during the open house. He walked a little taller as we went past the kindergarten wing and down the hall to the 1st grade rooms. 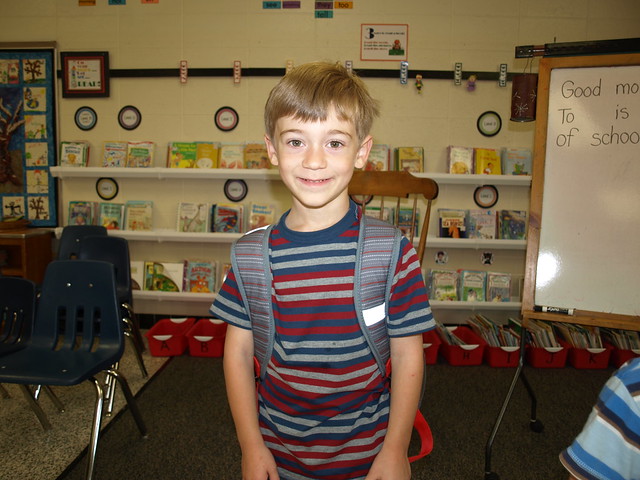 The first morning of school came and he was up and ready to go before I even was in the shower. I had to convince him that the school was in fact not open at that point and maybe we should eat breakfast and get dressed first. He was much too cool to stop for pictures but I decided that wasn’t a choice. He did finally appease me and stood for a few pictures. 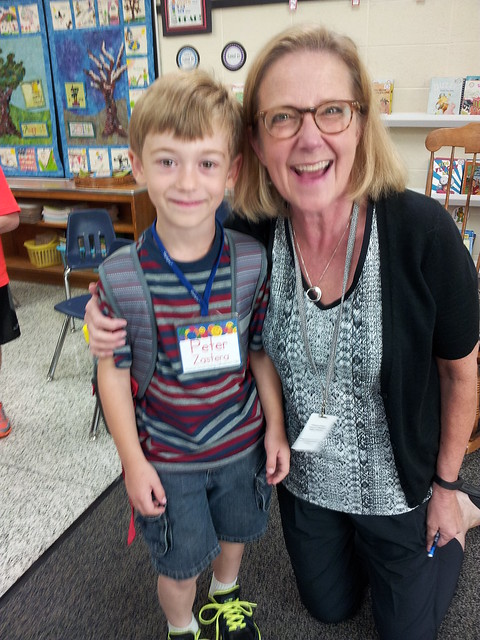 It wasn’t until we actually went into the building for the first day, went into his classroom, and it was time for Thomas and I to leave that there was a flicker of doubt in his eyes. I gave him the giant hug and asked if he wanted a kiss or not. I wasn’t sure if 1st graders were too cool yet. He thought about it and asked for a high five instead. Both Thomas and I gave him a big high five and we left the room. I know he would do awesome but that’s when my heart skipped a beat for just a second… thinking of how big he truly is! 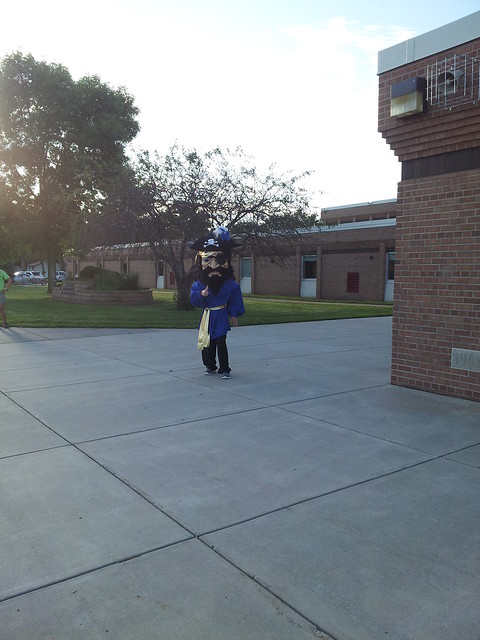 It was a big day for Thomas as well. This was his first day in the Panda Room at daycare. He was so very excited to be in the big kid room until he realized he would no longer be in the other room. He was a tad leery when it was time to actually go in but when the day was done, he had nothing but excited happy things to say!

My boys are growing up so fast and I couldn’t be more proud of both of them! 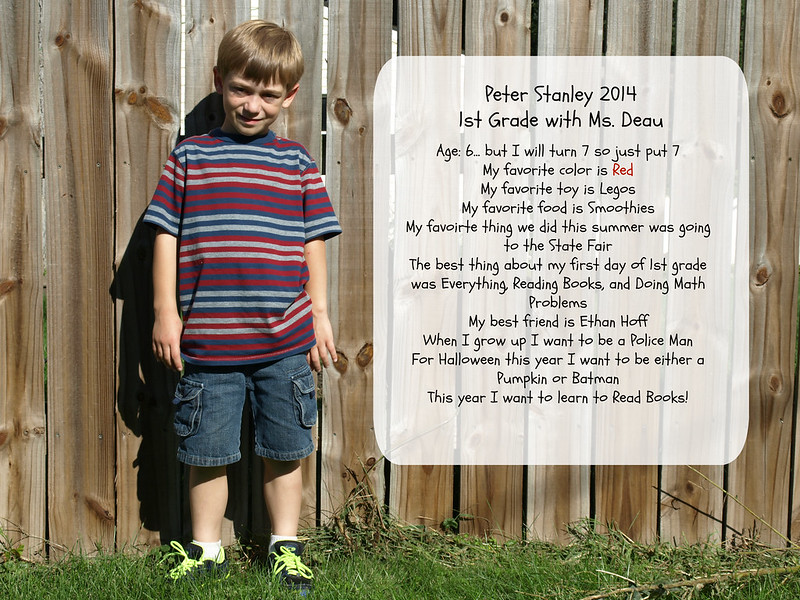 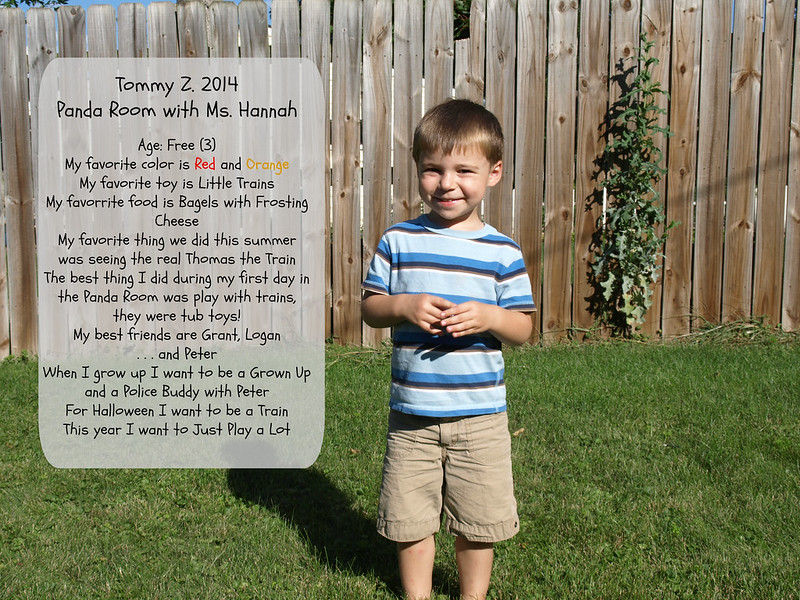