With both boys in their own classes, I love hearing about what they enjoy doing and who they are interacting with during the day.  I get little slips of paper telling me a quick bits about the little one’s day but it’s interesting to actually hear their own perspective from both of them.

The three of us were in the car so they had no where to escape.  I asked different questions about what they enjoy doing and then ended by looking for who they consider their friends at school.  I started with the short one and he quickly told me, “I play wit Grant and Quiet.  Dey are fun in my quass.”  I laughed and then asked the tall one who is favorite friend is.  He kept saying, “You mean not [the younger brother]?”  I didn’t understand and kept saying that yes I was in fact asking for his response because I already heard from the other brother.  Very frustrated, he said, “No mom, I mean are you asking who my best friend is besides being [my brother]?  Then I’ll say Wyatt.  He is in my class and in Kid Kampus with me!” 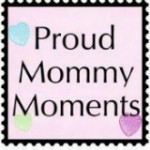